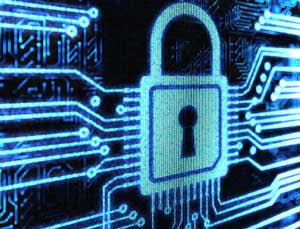 
"With the recent revelations pertaining to government spying on it's own citizens (does this really surprise anyone?), I wanted to offer a quick primer on regaining some of your electronic security. This is by no means an exhaustive list, but a number of things you can start doing right now. (I also offer a course on this subject that covers it in great detail.)

One caveat I need to point out before we go further is this - While any and all of the following tips will offer a high level of privacy, most of them are rendered potentially useless if they are employed on the Windows or Mac operating systems. Why? Because Microsoft and Apple have entered into complicit agreements with government bodies in the form of secret backdoor access to your system and no anti-virus or malware  program will save you from it as it is a "legitimate" part of the operating system's code.
Where does that leave you? Either install a Linux based OS, or at the very least get a bootable  USB linux system.
Now, there are those (including MS and Apple) that will argue that there is no such thing and this is just wild tinfoil hat talk. Ultimately it boils down to this for me......do I trust organizations that have a track record of disregard for client privacy and offer software that is closed source and hidden from public audit - or do I trust a product that is designed with privacy in mind and is open source and regularly audited by the public?

1. Stop using Yahoo, Google and Hotmail for your email. In the last week alone I have received at least 4 emails from "friends" who had their accounts hijacked/hacked (all Yahoo).  Consider smaller email providers that will respect your privacy......GMX, Lavabit, Hushmail just to name a few. That doesn't mean that you can completely trust these providers, it simply means they will not read your email for marketing purposes and will only surrender information to governments within the appropriate judicial process. (You still would need a VPN or Tor to mask your IP address and PGP keys to encrypt your content - but that is another article all by itself)

2. Stop using Yahoo, Bing, Google for your searches. Instead use DuckDuckGo, Startpage, Ixquick or Privatelee.

3. Stop using Skype and Google voice. Instead try out options that offer encrypted calls like iCall and Jitsi. You can setup a free phone account with Ostel - they have instructions on their site to setup the phone software.

4. Setup a chat/instant message account using Pidgin (Adium on Mac) or Jitsi, which will allow encrypted communication via OTR. I recommend setting up an xmpp account for free with DuckDuckGo HERE

5. Encrypt any personal data in a separate drive with Truecrypt or LUKS (use the Encfs Manager in Linux)

6. Start using a VPN service (one that utilizes openvpn protocols)

If you are considering a move to a Linux based system, here are a few places to start....

If you are used to using Windows try - Zorin OS

If you are used to using Mac try - Pear OS

or give these a try - Ubuntu or Mint

These are just the tip of the iceberg, but will get you started on the road to recovery......"
Posted by Great Lake Survival at 6:55 AM

Email ThisBlogThis!Share to TwitterShare to FacebookShare to Pinterest
Labels: Survival of American Liberty