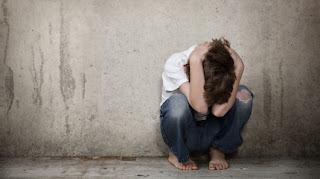 
Posted from Randomthoughtsandguns as it relates to survival and self-defense:

What do Killeen, Columbine, Virginia Tech, and Newton have to do with the Washington Navy Yard?

Why is that?  Simply put, each shooter (or in Columbines case, the shooters) obeyed some simple principles.

Operational Security.  By maintaining OPSEC they were able to plan ahead, get their weapons into position, and start their killing spree without tipping off the security forces.

Audacity.  Each target, in every single case, was a known "gun free zone" patrolled and protected by security guards and/or the local police.

Violence of action.  Once they started, they didn't stop until they were stopped by someone else with a gun.

I didn't include Laughner, Hassan, and Holmes in here because they lived, and in each case there were plenty of warning signs that were ignored by the security forces.  You could make the case that Virginia Tech should fall into "lots of warning signs" category but Cho didn't leave a huge trail of breadcrumbs.

In every case politicians fall into the wishful thinking trap that "if we would have just known ahead of time" they could have done something.  Politicians love the idea of "pre-crime prevention" except that it doesn't happen that way.

How much more complicated do you think a nation of 300 Million individuals is than a chessboard with 64 squares and 16 pieces?

The lesson learned from these shootings is that prevention is impossible, and that the only logical strategy is one of empowered response.  If someone shoots at you, and you can't shoot back, you are screwed.  Denying people the ability to respond is criminal, and I do hope that someone can make the case for criminal negligence in court.

Now, what is truly scary, is that our mass shootings are done by crazy people or individuals who have been pushed too far and just snap.  If an operation was conducted by a fully rational individual (or team, lets not forget Columbine) that worked through the operational planning framework from infil to exfil, the body counts could be much higher, and none of us would know until communications had been restored.  With the known state sponsors of terrorism out there, this is a frightening possibility.

I can't help but think that Israel has the right idea in arming teachers, grandparents, reservists, etc.  If the enemy is plotting an operation in your midst, then giving everyone the ability to respond is the only logical solution. "

Posted by Great Lake Survival at 11:31 AM