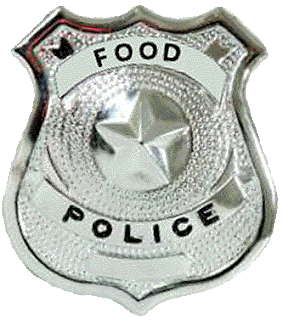 If there is one thing that needs to be taught a bit better in the education system . . .

It's called  J U R Y  -  N U L L I F I C A T I O N .  That's right people, you have the power as a juror to acquit citizens brought to trial by unconstitutional laws.  Simple as that.  Your one vote as a juror has power.  It's a heck of a responsibility.

Last week a Minnesota man charged with violating the state’s restrictions on raw milk sales was acquitted in what he and his supporters called a victory for consumer freedom.
Alvin Schlangen is a peaceful farmer who connects people with the food sources that meet their high standards for health by providing private access under lawful ownership of farm animals.
The member owners pay the Amish farm family for labor to milk the leased 100% grass-fed cows, manage the pasture, store the feed, etc.

This co op is a sustainable farming effort where the value of food supports the cost incurred, without government subsidies or harm to the environment. The balance of food options are purchased by the club, for the members.

Over the past two years, the Minnesota Department of Agriculture has illegally raided Alvin’s van, warehouse, and farm resulting in the multiple charges that were decided upon in court last week.

Technically, Alvin was guilty of breaking the laws in question, even though the laws are totally ridiculous and unjust. Luckily this jury was informed about the process of jury nullification, and their legal right to rule in favor of the accused for breaking unjust laws.

According to Iloilo Jones, director of the Fully Informed Jury Association “Minnesota has long had highly visible FIJA Activists volunteering their time and efforts to educate every potential juror in Minnesota about the right of the people to veto bad laws through the use of the Juror Veto, or, as it is commonly called, Jury Nullification.

Jurors can stop the enforcement of bad laws. Jurors have stopped bad laws since freedom of religion was defended by jurors, and by later jurors who refused to enforce slavery.

We, the owners of all government, retain the peaceful, lawful right to refuse to enforce bad laws made by some judge or politician. Courageous jurors have always stood firm—for the human rights of their families and neighbors—by refusing to sanction bad laws.

The right of the People to drink the milk of their choice, and to feed their children healthy foods, is a human right.”

This news comes just weeks after a jury in New Hampshire dropped felony marijuana cultivation charges against a Rastafarian man because they believed that punishing him for the offense would be unjust.

Hopefully what we are seeing is a trend, and as more people become informed about jury nullification there will be less nonviolent people put in cages for breaking unjust laws.


______________________________
On a side note, the article mentioned that little thing called "human right".  It's not defined enough what exactly human rights are . . .
We like to call them what the American Founding Fathers called them: Unalienable Rights.  Meaning . . . you as a human are born with these rights and no one can legislate them away from you so as long as you are not interfering with another's Unalienable Rights.  Easily defined as the right to Life, Liberty and Property.  (Sarcasm On: Apparently, drinking milk processed however you like, doesn't seem to fall into that category. Sarcasm Off)﻿
Jury Nullification was an important check and balance placed on the government by the founders of our government, so that even if the Executive, Judiciary or Legislative branches of government failed to properly check and balance each other, individuals brought to trail by unjust laws, could still be acquitted by their fellow citizens.
Just something to think about . . .
Thanks for reading,
- The GLSC Team
Posted by Great Lake Survival at 1:05 PM